These little fellas are the Gopher Wolves from Khurasan Miniatures. When I first spotted them in the catalog I knew they would fit me perfectly. I really like the weird anatomy they have, and their strange almost aquatic heads. They are both disturbing but strangely likable. 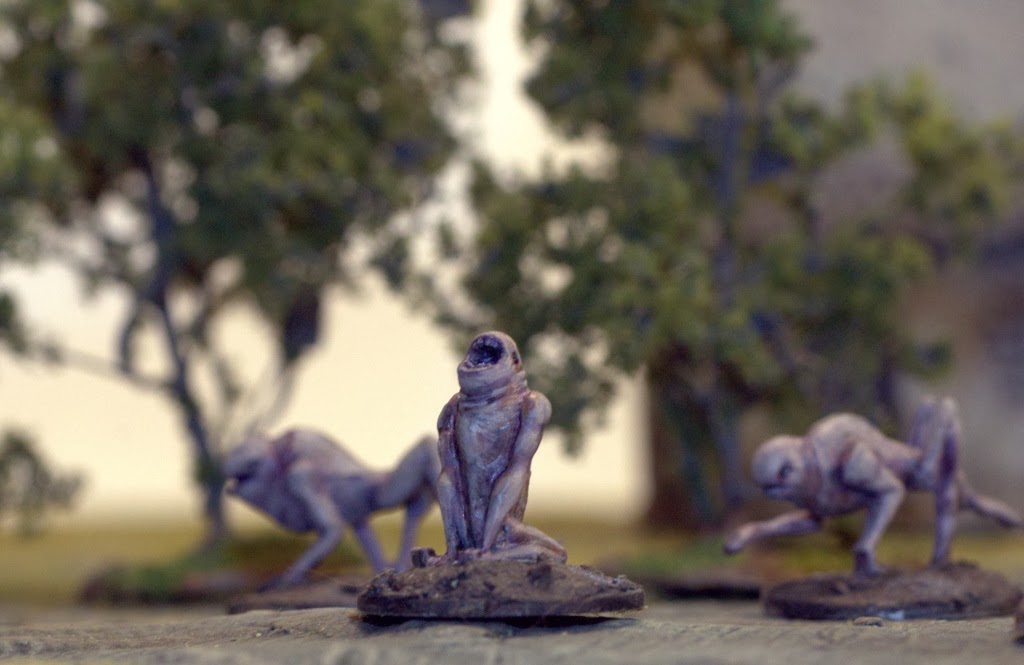 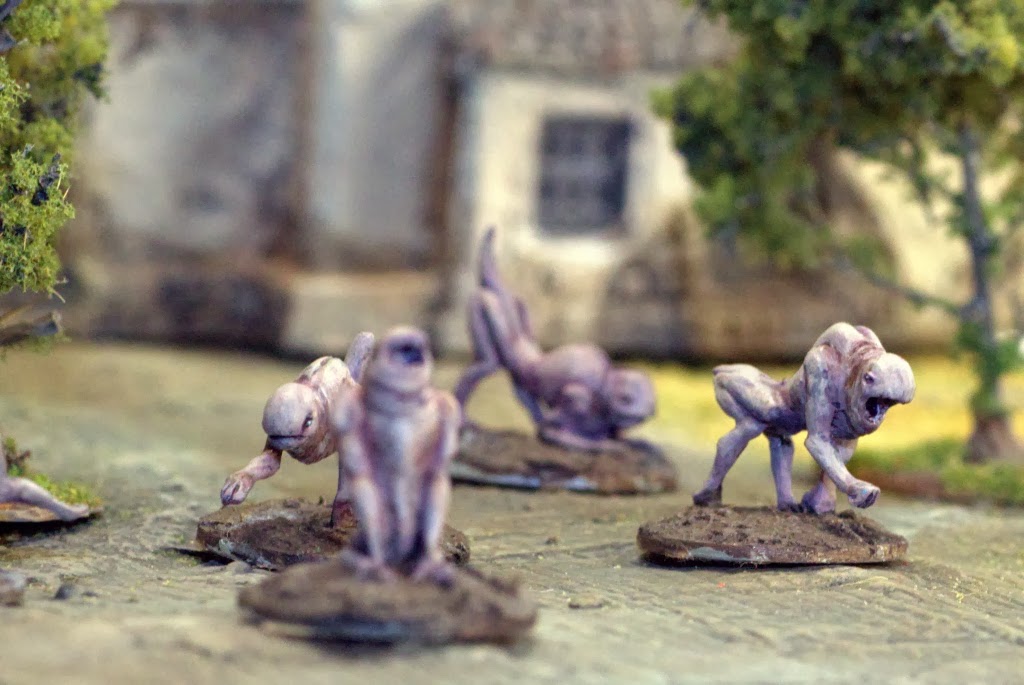 I painted them up to fit in with the big wormy guy that I finished last year. I figure these gutter hounds are more of scavengers that live in the tunnels with the large worm creatures. Following along to pick up any scraps or swarm over anyone that has been run off on their own, like a pack of weird, otherworldly hyenas.

Email ThisBlogThis!Share to TwitterShare to FacebookShare to Pinterest
Labels: 1:100, 15mm, Painting, The Steamworks

Plans for the Year

This post ended up a little behind schedule and maybe it's a couple of weeks late for doing a "New Years Resolutions" post but here it is anyways. As mentioned in the last post I had a couple of loose plans for the last year, but this year I thought I might lay out some more concrete goals in order to motivate myself. I'm also quite aware of the fact that more than likely these plans won't survive contact with the enemy.

1. Update the look of the blog. I've had pretty much the same look since I first started it and thought I might make it a little fancier and change the color scheme. I'm going to try to work up the two pictures below to be big fancy header style pictures. 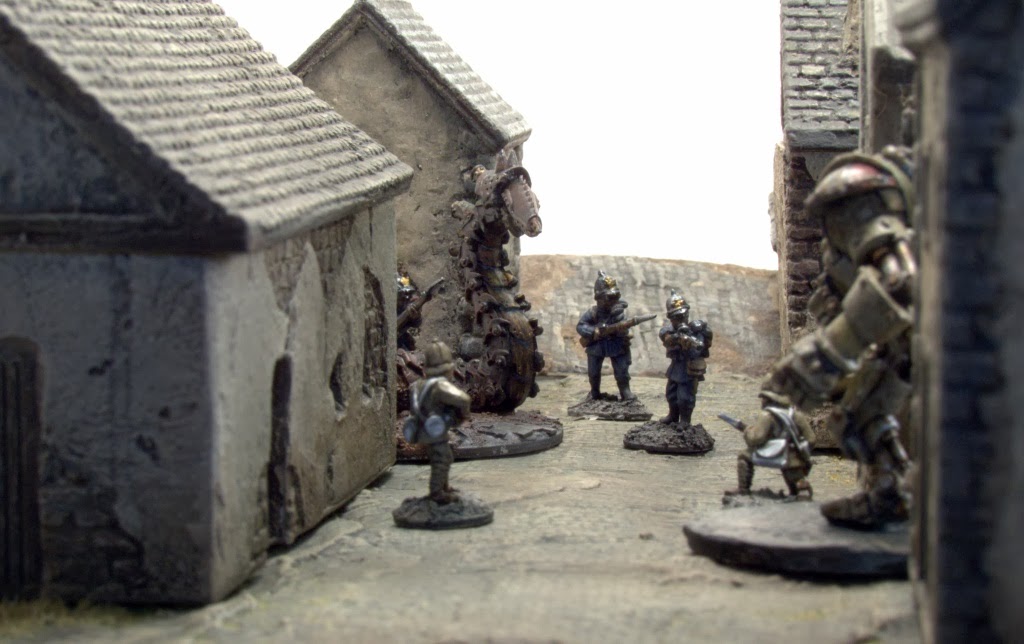 2. Get two playable forces done for my Victorian SF Steamworks setting and actually play a game. I also want expand out the urban terrain for this. I'm hoping to actually dabble my feet into 3D printing as its been something that I've had an interest in but really haven't had an opportunity to explore. 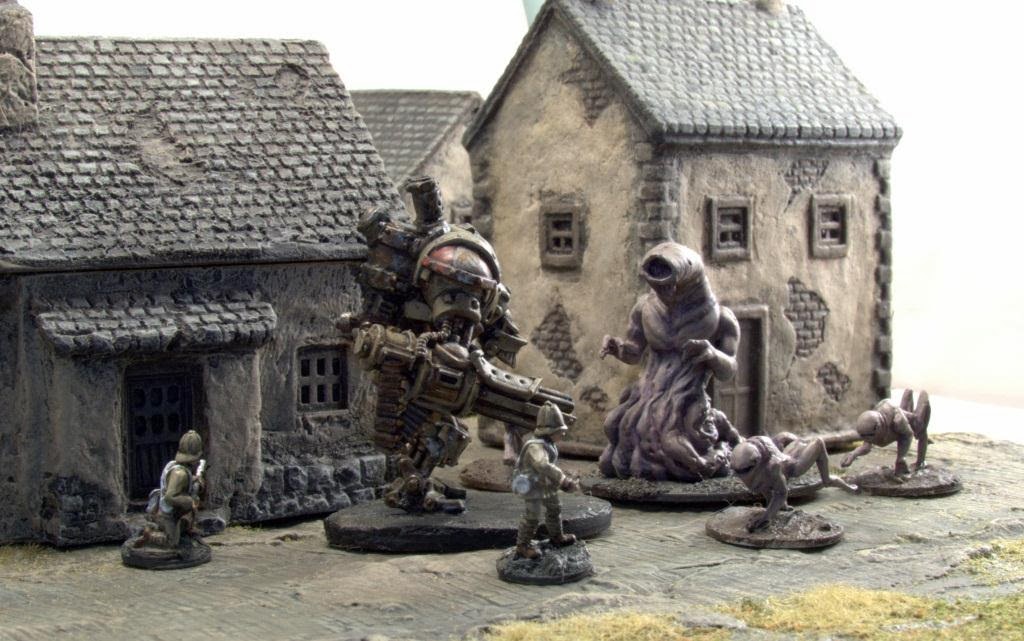 3. 50 posts this year. This is really more about motivating me to get more stuff completed and ready to go on the blog than number of posts. I'm hoping the one leads to the other.

I also have three Kickstarter projects that I'm expecting to see arrive this year; Robotech, All Quiet on the Martian Front, and Troll Forged's Alien Assimilation. The last two are mostly going to be folded into my Steamworks stuff hopefully. Robotech will of course be it's own thing but I'm thinking I might be doing a lot of display dioramas with the figures more so than getting them ready for gaming.