Breaking Through that Painting Block

I've finally managed to get some paint on some figures. I've started a new side project that has actually inspired me to get painting again. Sometimes that's the way you have to do it, break out of the rut and actually get working. Anyways I'm not going to show those guys off yet (I'm going to save the posts on that project for June when I'm away) but I have gotten some other figures done. These are all going to be part of a possible scenario I'm concocting around the Rutger Farmstead and more than partially inspired by the legendary Canadian film The Final Sacrifice. 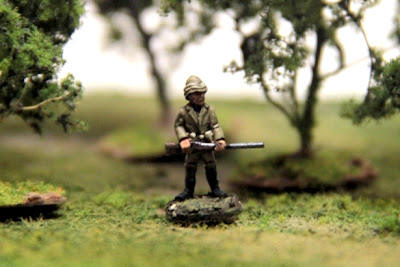 From the Space 1889 adventurer pack by Highlander Studios. The Lieutenant is going to be the leader for my British forces at least for the time being and I painted him first to work out my painting method for the rest of the boys.


Dressed in his safari clothes Lt. "Dal" Arbuthnot is less than the most professional career officer and is more concerned with bagging a trophy on his current Canadian expedition then investigating the possible American incursion. 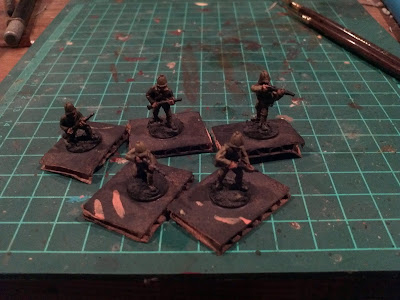 Next on the painting table are some stout British Infantry also from Highlander.