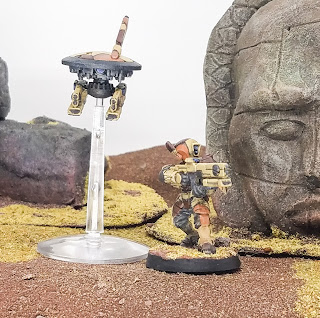 In the background of my other projects for the past couple of months I've been trying to work out a paint scheme for the new additions to my Tau force. This hasn't exactly gone smoothly but I finally figured out something that I like.

I painted up my original Tau force when they first came out back in 2001 ( I think, I tried to look it up online) I actually painted the entire army in about a month and a half to meet a deadline of playing a local Rogue Trader Tournament. The downside is that I completely burned myself out on painting them and never painted another Tau figure. Till now.

My concept for my new additions is that they would be a unit of specialized recon/assault unit tasked with tracking local Tyranid splinter forces. My original army would fill the role of the hapless local planetary defense forces explaining why they have some out of date equipment in their ranks ( the first release models some of which have now been updated by GW).

With that idea in mind I wanted to have a camo scheme but one that doesn't really look like a typical modern pattern. After some web browsing I picked out some ideas to try out.

The first was a German WW1 helmet pattern. I liked the heavy black lines between the different colors, not something you see anymore in modern camo schemes.


I also wanted to go with a modern dazzle scheme that you sometimes see on warships and planes. Here I was strongly influenced by the figure made by Fichten Foo who's work is always just amazing. I highly recommend checking out his blog at this link.

So with those ideas in mind I tried a couple of different schemes. I didn't finish any of the figures off as I was just trying to get the camo to look right. There was also usually a couple of weeks between each figure as I pondered other approaches.
In the end I was happy with my fourth attempt which I tried out on a drone first as I was running out of pre-assembled Firewarriors. The last firewarrior I assembled just for the project so he was armed with a pulse carbine to fit in with the close quarters role I planned for the detachment. 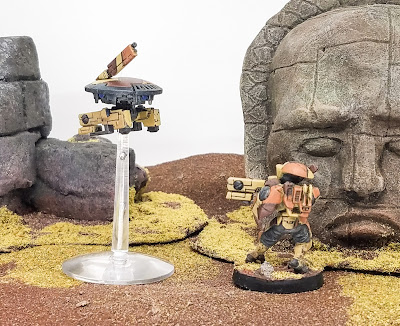 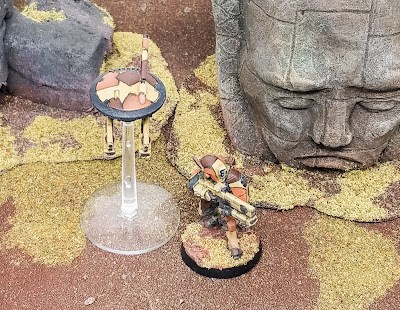 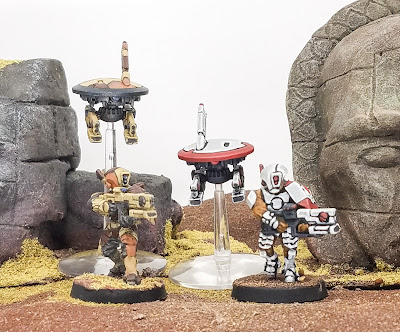 Next up for the Tau project: Stealth Suits.